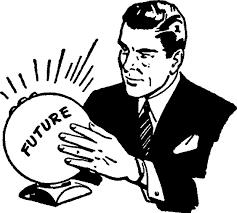 “Success depends upon previous preparation, and without such preparation there is sure to be failure.” – Confucius

Is costs budgeting here to stay? It appears so. In May this year the Master of the Rolls, Lord Dyson commented during his attendance at the Harbour Litigation Funding Conference with Jackson LJ that “At the very outset, I want to make it clear that I strongly support costs management. As Sir Rupert says, the new regime is in the public interest and is here to stay.”

Further information can be found on these speeches at: http://www.harbourlitigationfunding.com/news/confronting-costs-management-the-third-annual-harbour-lecture

Two years in, costs budgeting continues to create mixed feelings amongst litigators. In this blog I intend to look at a particular area which has caused some confusion and disagreement, the contingent phases.

What is a contingency?

There is no reference at all to contingent costs or contingencies in CPR 3 or in the supporting Practice Direction. The definition can be found in the “Guidance notes on Precedent H” which accompanies the Precedent H in CPR 3. The note states:

“The ‘contingent cost’ sections of this form should be used for anticipated costs which do not fall within the main categories set out in this form. Examples might be the trial of preliminary issues, a mediation, applications to amend, applications for disclosure against third parties or (in libel cases) applications re meaning. Costs which are not anticipated but which become necessary later are dealt with in paragraph 2.61 of PD3E.”

Careful consideration needs to be given to contingent phases in a budget. Recent case law has shown that the Court will not accept the approach of ‘chuck it in just in case!’

In Yeo –v- Times Newspapers [2015] EWHC 209 (QB) the contingent phases had caused some difficulties: “The parties between them identified six contingencies. Not one was common to the parties.”

In his judgment Mr Justice Warby provided helpful guidance on what to include as a contingent phase. This guidance can be summarised in three points:

1. The contingent phase must involve work that does not fall within the other phases in the Precedent H.

2. It must be possible to demonstrate to the opponent and the Court what that work would be.

3. The work should be included as a contingency only if it is more likely than not to be required.

What if the improbable occurs?

Mr Justice Warby considered there was sufficient protection in the rules. The costs of unexpected interim applications could be added to the budgeted costs under PD 7.9 and more significant developments in the litigation could be addressed by amending the budget under PD 7.4.

Contingent phases have a habit of breeding like rabbits, especially in more complex cases. The judgment in Yeo will hopefully encourage parties to only budget for contingent phases which represent distinct categories of work and which are reasonably likely to occur.

While not always possible, we suggest parties could attempt to agree the contingent phases with the opponent as part of the budgeting dialogue.

In our experience Judges in the RCJ prefer the costs of preparing the Precedent H and for dealing with costs management to be included in two separate contingent phases. The purpose is to ensure the costs do not exceed the respective caps set out in PD 7.2(a) and (b). These phases would fail Mr Justice Warby’s tests but do rectify a defect in the drafting of Precedent H.

Should you have any budgeting or costs queries contact us on 01900 385 285 or email paul.mitchelhill@westlakeslegal.co.uk.