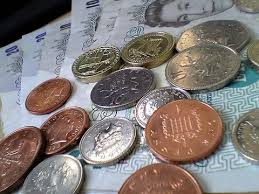 At the Third Annual Harbour Lecture on 13 May 2015 Lord Justice Jackson reflected on Costs Management, two years after his reforms had been introduced.

One of the problems he addressed was the backlog of clinical negligence cases waiting for a CCMC in the RCJ. The waiting time was running at about 9 months. Lord Justice Jackson stated “delays of that order are unacceptable and defeat the object of the 2013 civil justice reforms”.

His solution was to grant a “one-off release” from Costs Management for the clinical negligence cases which already had CCMCs listed between October 2015 and January 2016. Those cases would instead be listed for old-style Case Management Conferences. With this approach it was believed the backlog could be cleared by the end of September 2015.

Since Lord Justice Jackson’s lecture parties with clinical negligence claims in the High Court have begun to receive Orders stating that Costs Management will not apply. The Orders list the claim for a traditional Case Management Conference and direct the parties to exchange estimates of costs within 14 days. The Orders specify that the estimate may be in the form of Precedent H.

The immediate thought is why would anyone prepare a Precedent H when they did not have to? Indeed this has been the approach of one of our clients.

There is also a broader query in relation to the effect of any estimate which is served.

Simon Gibbs has commented more than once on his blog (http://www.gwslaw.co.uk/2013/03/costs-estimates-transitional-provisions/) about the lack of transitional provisions in relation to estimates of costs.

Under the pre-1 April 2013 rules PD 6.6 allowed the Court to have regard to any estimate filed by the parties and take this into account as a factor amongst others, when assessing the reasonableness and proportionality of any costs claimed.

Where there was a difference of 20% or more and it appeared to the Court that the receiving party had not provided a satisfactory explanation or the paying party reasonably relied on the estimate, the Court could regard the difference as evidence the costs claimed were unreasonable or disproportionate.

Those Practice Directions were swept away on 1 April 2013 and similar provisions relating to costs budgets were inserted at PD 3.1 supplementing CPR 44. There is no mention in the rules as to the effect of an inaccurate estimate of costs. Is a budget an estimate? Yes. Is an estimate a budget? Probably not.

At a time of great civil justice reform and when the costs of clinical negligence claims are under attack (www.bbc.co.uk/news/health-33287879), it seems incongruous to remove powers which could potentially limit excessive or disproportionate costs. But that’s what is disappointing about the attacks – the Court and the paying party already have the resources to reduce excessive costs.

Many of the current claims for costs will contain success fees and large premiums which will gradually disappear from clinical negligence. The new proportionality test is waiting for its moment too.

With only 14 days from the date of the Order to complete the estimates of costs one wonders how many will turn out to be inaccurate. Defendants will be carefully recording their reliance upon the estimates received. The Court of Appeal’s decision in Leigh v Michelin Tyre Plc [2003] EWCA Civ 1766 may not be dead after all. The difference this time around is that proportionality has teeth.

Why would anyone prepare a Precedent H when they did not have to? Because it ensures parties think carefully and comprehensively about the costs to be incurred, thus avoiding problems later. Whether a budget or an estimate is prepared, the process behind the scenes should be the same.

Should you have any budgeting or costs queries, contact us on 01900 385 285 or email Richard.jack@westlakeslegal.co.uk.

(Further information on the Lord Justice Jackson’s lecture can be found here www.harbourlitigationfunding.com/news/confronting-costs-management-the-third-annual-harbour-lecture.)