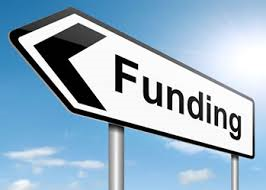 It is little wonder that since the implementation of the Jackson reforms and the introduction of massively increased Court issue fees many Solicitors have been reconsidering how to fund claims, particularly disbursements.

A number of firms are now exploring the use of ‘Disbursement Funding Agreements’ (“DFA”). In essence the client enters into a credit agreement with the firm or a third party lender in order to finance the disbursements, and in exchange the client is responsible for the interest on the credit extended.

There are obvious benefits – often impecunious clients can afford to pursue their claim and disbursements can be paid promptly without impacting upon cash-flow for the firm. The DFA can sit alongside a Conditional Fee Agreement.

Of course taking out a loan to fund legal costs is not new. What is relatively new, at least in the fields of Personal Injury and Clinical Negligence, is that firms are seeking to claim all or some of the client’s loan interest from the Defendant upon the successful conclusion of the claim. A few questions arise:

Yes – CPR 44.2(6)(g) empowers any Court to award “interest on costs from or until a certain date, including a date before judgement”.

But what about interest on disbursements funded under a DFA?

In Jeffrey Jones and Others -v- The Secretary of State for Energy and Climate Change and Coal Products Limited [2013] EWCH 1023 (QB) (http://www.bailii.org/ew/cases/EWHC/QB/2013/1023.html) the Honourable Mrs Justice Swift DBE allowed “pre-Judgment” interest at a rate of 4% above the bank base rate on disbursements funded under a DFA. The decision was upheld by the Court of Appeal on 27 March 2014 (http://www.bailii.org/ew/cases/EWCA/Civ/2014/363.html).

Will Defendants dispute the claim for pre-Judgment interest?

In Jones the Defendant was granted an Order for disclosure of the sections of the Claimants’ Conditional Fee Agreements “which related to the obligation to pay disbursements and interest or credit charges thereon”. Disclosure of the credit agreements themselves was also ordered to allow the Defendant “to satisfy themselves that they constituted genuine and valid agreements for the payment of interest.”

In anticipation of similar requests for disclosure Claimants will wish to ensure their agreements are bullet-proof.

Furthermore, both the award of pre-Judgment interest in principle and the rate of that interest remain at the discretion of the Court. In the High Court Mrs Justice Swift commented that:

“Of course, the rate of interest agreed between Hugh James and the claimants cannot of itself be determinative of the rate which should be awarded by the court pursuant to CPR 44.3(6)(g). If it were, it would be open to an unscrupulous solicitor to demand a wholly unreasonable rate of interest in the knowledge that the defendant would have to pay. The credit charges specified in the credit agreements provide only prima facie evidence of the cost to the claimants of obtaining the credit necessary to fund their disbursements, and that prima facie evidence would plainly be displaced by evidence that the charges were excessive.”

Consequently any interest which is recovered from the Defendant could only represent a contribution towards the Claimant’s total liability for interest.

Should you have any costs queries, contact us on 01900 385 285 or email Richard.jack@westlakeslegal.co.uk.