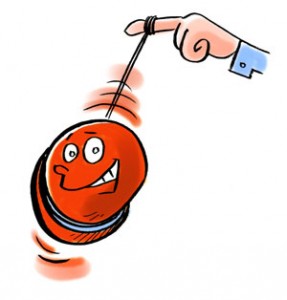 The former Conservative MP Tim Yeo is becoming an invaluable resource to litigators involved in costs budgeting (see our blog “Budgeting for contingencies”). Yesterday Mr Justice Warby handed down a second Judgment concerning Mr Yeo’s costs budget in his claim for libel against the publishers of The Sunday Times.

On 10 July 2015 Mr Yeo’s solicitors served a revised costs budget and issued an application for approval of the revised budget on 13 July. They sought to add various sums, some of which were then either abandoned or agreed.

A more substantial amendment for £36,120 and described as “Contingent Cost A: Considering impact of parliamentary privilege and considering and making amendments to statements of case and witness evidence of both parties” was disputed. Of the £36,120, £21,000 had already been incurred by the time the costs budget was signed.

On behalf of Mr Yeo it was submitted that the Court could approve the revised budget pursuant to PD3E 7.6:

Mr Justice Warby agreed with the Defendant’s submission that PD3E 7.6 was not “an apt vehicle” for obtaining the Court’s approval for costs already incurred. Mr Justice Warby found his decision was supported by PD3E 7.4 which states:

“As part of the costs management process the court may not approve costs incurred before the date of any budget. The court may, however, record its comments on those costs and will take those costs into account when considering the reasonableness and proportionality of all subsequent costs.”

How do you vary a budget if the costs have been incurred?

In support of the Claimant’s submissions Mr Justice Warby was reminded of his February judgment (para 71) which stated:

“If work identified as a contingency is included in a budget but not considered probable by the court no budget for it should be approved. If the improbable occurs, in the form of an unexpected interim application, the costs will be added to the budget pursuant to PD3E 7.9, unless the matter involves a “significant development” within para 7.6 in which case, if time permits, a revised budget should be prepared and agreed or approved.”

Mr Justice Warby placed emphasis on the words “if time permits”. He said “if the unexpected happens, and time does not allow for a revised budget to be approved before costs are incurred, then there will often, perhaps usually, be an unexpected interim application and PD3E 7.9 will apply.”

The fall-back position is CPR 3.18(b) which allows a party to try to persuade the Court on Detailed Assessment that there was good reason to depart from the budget.

Mr Justice Warby accepted there was some force in the Claimant’s submission that this position left him in “undesirable uncertainty about the recoverability of a large slice of cost until after the assessment stage”. However this did not lead the Judge to a different conclusion.

The issue arose on Monday 6 July and an amended budget was served on Friday 10 July. Mr Justice Warby said it was not clear “why a revised budget could not have been prepared sooner than 10 July.”

The criticism of the timing may alarm many busy practitioners. The Judge accepted his decision put “a high premium on swift action” but he did not see good reason to adopt a different interpretation.

The Judgment emphasises that costs budgeting is integral to litigation and should, where possible, be a prospective exercise, flowing with the litigation, not following it.

In any event Mr Justice Warby did not accept that there had yet been a “significant development in the litigation” within the meaning of PD3E 7.6 which would justify the approval of additional costs.

“He said I do not doubt that between 6 and 10 July Mr Yeo’s legal team did give attention to Parliamentary Privilege and the issues identified in the Revised Budget. But their approach does seem to me to smack of tactical manoeuvring.”

He went on to say:

“It may yet be that some revision in the budget of one or both parties may in future be shown to be justified in order to deal with issues of Parliamentary Privilege, but at present I am not persuaded that I have been presented with any justification for approving the revision put forward on that ground, pursuant to PD3E 7.6. “

We may yet see another decision on budgeting in this matter.

If there is a “significant development” in your litigation, identify the costs of the work to be done then move quickly!